François Lutz: From a Love of the Game to Being an Umpire 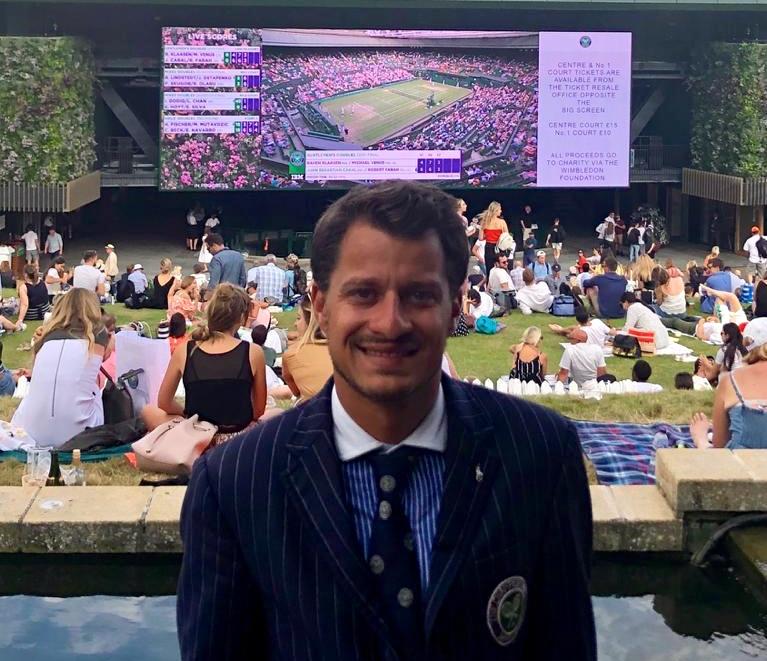 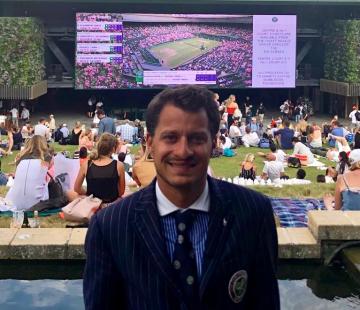 Since obtaining his Bronze Badge, François Lutz has been one of the top 250 tennis umpires in the world. After graduating from the PGE at EM Strasbourg, he gave himself one year to become a professional umpire after completing his studies. Three years later, the wager paid off: he recently became a certified international umpire.

A Love Story with a Long History

François started officiating at the age of 12. He worked at a series of tournaments, trained, and reached prestigious finals. “In 2006 I was a ball boy at the Internationaux de Strasbourg tournament. In 2007 I passed the tests to take on this role at the French Open, and in 2008 I was a line umpire at the same tournament. That year I participated in the Federer-Nadal final. This is one of the most beautiful memories of my life.” From high school onwards, François Lutz devoted all his free time and part of his school time to umpiring.

The story continued during his higher education. At EM Strasbourg, he obtains elite athlete status from the University. It is thanks to this status that he could adapt his attendance time at the school, according to the national and international tournaments in which he participated.

Between classes and my co-op contract, I had to reduce my sports calendar a little. But I used all my holidays and any extra time off to take part in a few tournaments.

François spent his second year of the PGE in Austria, at theJohannes Kepler University in Linz. There, he got closer to the Austrian head of umpires. “I umpired all over Austria that year.” He chose a traineeship in the third year, taking a co-op contract with the accounting firm In Extenso Alsace. “I was in charge of communications and marketing. Between classes and my co-op contract, I had to reduce my sports calendar a little. But I used all my holidays and any extra time off to take part in a few tournaments.”

Do Umpires and Managers Face the Same Challenges?

At the end of his studies, François Lutz dreamt of wide open spaces and working internationally. Rather than looking for his first permanent job, he decided to devote a year to his passion, to give himself the opportunity to turn it into a profession. “In 2016 I had already been a national umpire for 6 years, and the international grade was becoming within reach.”

When I'm a chair umpire, I'm in the position of a project manager, it's a question of making sure the rules of the game are respected without being too authoritarian.

François Lutz holds a PGE Master’s Degree with a Marketing Specialization alongside a dual degree in Marketing and Event Management. Was choosing to become an umpire a complete U-turn? Maybe not. “At every tournament, I am part of an event and I play a role that is similar to management. When I'm a chair umpire, I have to manage the players, the ball boys, the line umpires - there can be between three and seven on the court - while keeping an eye on the coaches and the crowd. I'm in the position of a project manager, it's a question of making sure the rules of the game are respected without being too authoritarian.”

In addition, François continues to read about and train in the fields of marketing, event management, and finance. "If I had one piece of advice to give people who want to make a living from their passion, it would be to invest as much as possible in their dream, while having a solid education. This guarantees you some security and freedom. It is good to keep a few doors open.”

The White and Bronze Badges are international umpiring levels. François Lutz obtained his White Badge in 2016 and his Bronze Badge in May 2019. This last level is certified by the various international tennis bodies and is therefore considered professional. The highest rank - the Gold Badge - is currently held by only about 30 umpires worldwide.