As a prospective student, choosing your school can be difficult. One criterion is essential: a city’s energy and atmosphere. Selected France's seventh best university town, Strasbourg is not lacking in assets. 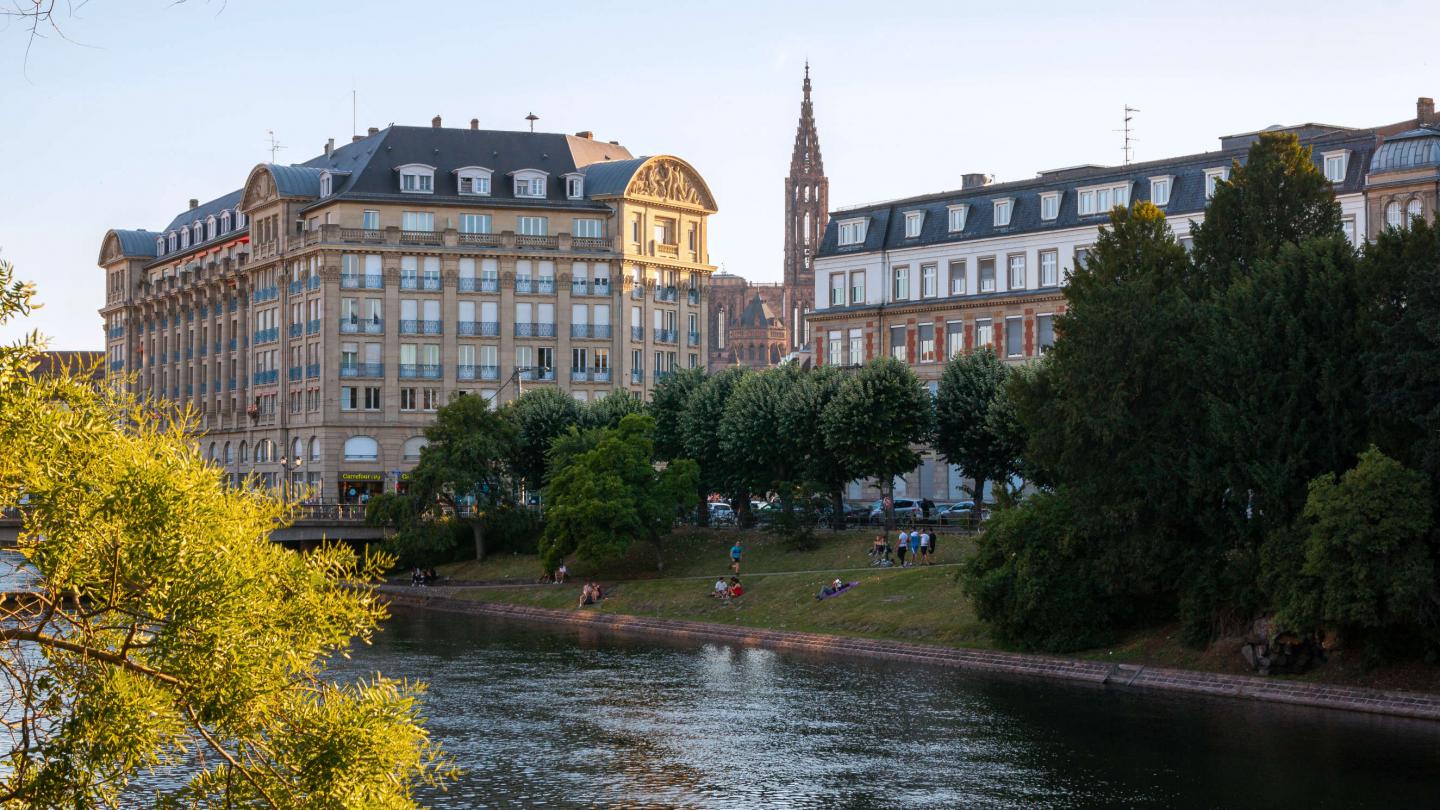 Many European institutions such as the European Parliament and the Council of Europe are located in Strasbourg. Because of this, and also because of the city’s location near the Franco-German border, Strasbourg embodies international and European values that EM Strasbourg holds dear.

The city is home to the headquarters of companies such as Adidas, Kronenbourg, Mars, and many others. This coexistence of international groups, numerous SMEs, start-ups, and local traders offers the city and its region tremendous economic momentum. In Strasbourg, you will benefit from great professional opportunities in many business sectors.

"At the School, I met students of different nationalities
who have different cultures and values."

Strasbourg is firmly internationally oriented with no less than eight international airports within a radius of less than two hours from the city. It’s good starting point to discover the world.

2 • Strasbourg, a Special Place to Live

Strasbourg, a thousand-year-old city, has an exceptional historical heritage. From the Neustadt district, a UNESCO World Heritage site, to mythical monuments like the Cathedral, the city is full of treasures to discover.

"I loved spending one year in this ‘fairy tale’ city,
living the Alsatian lifestyle, and discovering its gastronomy,
culture, and wine."

Passionate about art, movies, music? Strasbourg is home to 10 museums, 1 opera house, 4 theaters, 5 movie theaters, and also 3 concert halls. This is a great way to enjoy an intense arts program throughout the year, which is complemented by numerous festivals and street events.

3 • A City Where It Feels Good to Live

Strasbourg's culture is also its gastronomy. Generosity and conviviality are the watchwords of Alsatian cuisine. You can taste the famous Flammekueche in one of the many restaurants offering local specialties.
Do you prefer food from somewhere else? You will also find what you’re looking for among the many restaurants offering foreign specialties. To round off your evening, the multitude of bars and nightclubs will appeal to night owls.

The city’s festive side does not exclude calmer places where it is nice to take a walk or practice sports. The city center is crossed by the Ill, a river that flows into the Rhine. You will find a special and very soothing atmosphere along the quays of Strasbourg. There are many parks to be discovered and the region does not lack beautiful landscapes.

Strasbourg is the top cycling city in France. Cycling is the preferred means of transportation—the whole city is laid out to make it more cyclist-friendly. Velhop bicycles are provided by the city, if you don't have one. You can take out a yearly subscription for €68. Streetcars and buses are also a quick and convenient way to get around the city and its surroundings: the monthly pass for people under the age of 26 is €27.60. The city has the only streetcar line in the world that connects two countries: France and Germany, so it is very easy to get to our neighbors in Kehl.

Strasbourg, a City That Loves Its Students

Thanks to its attractiveness and the quality of its teaching, Strasbourg is home to many foreign students, who account for over 20% of the student population. As a result, you will have the chance to evolve in a cosmopolitan environment!

Strasbourg's students are an asset to the city. The city council even made a slogan out of this. Every year the communication campaign "Strasbourg loves its students" marks the start of the new academic year. The site lists all the services you can benefit from: preferential rates for transportation, the network of multimedia libraries, cultural attractions thanks to the Carte culture, etc.

For housing, a room in a college dormitory will cost between €200 and €350 per month, with a studio costing between €400 and €600. You could also choose to share an apartment in Strasbourg, as this allows you to meet people and reduce costs. Numerous infrastructures such as the CROUS can also help you find accommodations quickly in a college dormitory.

Useful Sites for Arriving in Strasbourg

Finding a Place to Live

You don't know which training to choose? We're here for you.